It’s really incredible that after all this time and i had so many doubts, fears and anxiety throughout the entire journey that now i am here in lake placid and checked in that i feel so calm and ready. no butterflies, no doubts, just peaceful happiness. and that is actually the best way to be in the end. even without starting the race (which i will of course) i have achieved my original goal which was to overcome my fears. fears that have no rational reason. and i have done that.

so i started my day a bit later than i had hoped due to not being able to sleep very well after 1:30 in the morning. but i went to the beach at mirror lake and did yoga with jess and a bunch of other folks. it was gentle and lovely. she spoke about anchoring and visualizing success. and i could feel it on the beach. the power of my breath and the power of my mind. i knew i could calm my mind through my breath. after yoga i returned to my room to eat breakfast and get ready to swim. i went back down to the beach and watched as the swarms of people were pulling on wetsuits, talking about pacing, and the nervous energy abound. i sprayed my trislide on my neck and arms and pulled up my wetsuit. i wasn’t nervous at all. i knew though that the amount of people in the water might make me swim faster than i want. so i had to focus on the easy in the easy swim. i was to do a loop at an easy pace. just to remind my arms and muscles how to move. although… it was more focus to stay easy than it was to remind myself how to swim. i found the cable – which was the same cable i found back in june and it was the right one! – and easily found my rhythm. i kept it easy and tried to stay in the moment. as i counted the yellow buoys – one, two, three – and came along the red one (the turn buoy) and started my way back to the beach. again i focused on the rhythm of my stroke, counting when necessary and focusing on my breath. as i counted the return buoys – one, two, three orange ones – a wave of happiness came over me, i even started smiling as i swam. i felt great. i returned to the beach and checked my watch – 40 minutes. so a super leisurely swim with no adrenaline or excitement at 40 minutes? i will definitely make my goal time for the swim. 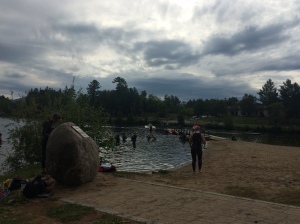 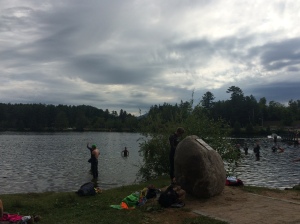 after swimming i returned to the room to eat again and get ready for the day. although there wasn’t much to get ready for. s and i drove the course which helped me get a solid picture in my brain of the whole course. the bike course in it’s entirety was nice to drive and explain to s. i’m not sure if he really cared as much as i explained but he was polite. and the course is just so beautiful. the spot in wilmington when the course just opens up literally takes my breath away every time. it makes me smile and brings tears to my eyes with the beauty that is just naturally there. i didn’t take a picture because there were cars behind me and they were already annoyed at the slow pace i was driving. but here are pics that jas took from april. 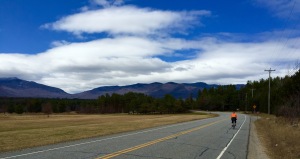 after driving the bike course, we went straight into the run course – something i’m not as familiar with due to my idiocy in april but i still have a good image of the course. and driving it was very helpful as well. after driving the course completely we headed back to the green goddess and scape cafe for lunch. there’s not much to say other than it was good. i didn’t take any pictures because i was hungry.

so we returned to the hotel and i knew i needed to stay off my legs today big time. i relaxed on the bed for awhile – bugging cheryl while kerin was driving and spending waaaay too much time on social media – but it kept me off my legs. then i took a bubble bath. i love bubble baths and this one was especially wonderful. i made a cup of raw cacao and drew the bath. once i got in the bath i had the drink and just let my body relax. there’s nothing better than this bath was today. the raw cacao literally gives me a higher vibration – i can feel the vibe in my legs for hours after drinking it. it’s so powerful. it clears my head completely and makes me feel at ease. after getting out of the bath, s went for a run and i laid on the bed and listened to the guided visualization from jess/yogi triathlete and it was slightly different in my head from yesterday. yesterday was emotional but today was powerful. i felt strong throughout and then as i visualized coming down the hill from the last turnaround and thought of the crowds and the oval – i smiled and cried and it wasn’t from a fear but from the power of seeing it all before it will happen. 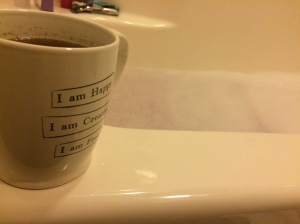 then… my tribe began to arrive! cheryl and kerin came up to my room and we chatted for awhile. then headed down to dinner. we had delicious sushi and it was great to see folks. they were such a positive energy source. they were so excited to be in lake placid and it was nice to show new people where things were and how things worked. on our way back to the hotel we even took a picture in the bobsled! 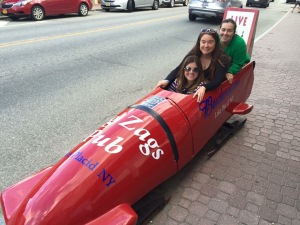 after they left to get their car and drive by and drop off their yoga mat, s and i waited outside the hotel to get the yoga mat. we watched people go by and chatted a bit. then jess and her husband brian came by with their super cute puppy clark. we chatted about the iron cowboy and nerves. we talked about how good i feel and how that’s how it’s supposed to be. and jess gave me an awesome headband! we are actually even staying on the same floor so we returned to our rooms together and it was such a wonderful positive end to my day. 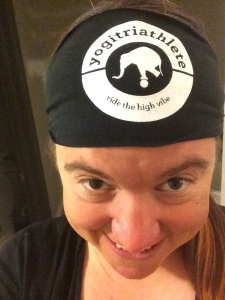 so after a year of planning, tomorrow is like christmas eve. except without the nerves and anticipation and excitement, its the calmness of knowing you have gotten the best gift ever and it’s wrapped perfectly and waiting under the tree. you have nothing to do but wait for it to be opened.

My Tweets
Join 5,113 other subscribers