i was on vacation this week. which was surprisingly wonderful. normally i am traveling or bored. i know that’s quite an extreme but that’s how i roll. i don’t do well sitting idly around. but this week was filled with many things that were wonderful – friends, adventures, training, cooking, and relaxing. i was able to do my longest indoor ride on saturday (3:30) and then go into the Boston Marathon Expo with Kerin (the bff). It felt like we walked about 15 miles. But my legs felt good. i was certainly wearing compression pants and socks under my jeans but still.

i was able to swim and melt and run. and i felt amazing at all of those things. i also had to deal with the struggle inside of me regarding training with other people. i would love to be able to train all the time with someone else or even a group of people. but reality is, my schedule and waking schedule is so different from other people. i also hate waiting around. if i want to ride/run/swim at 7:30, that means i’m pulling out of my driveway no later than 7:30. and i know this about myself. and i’ve had to deal with that selfish/unselfishness inside of me. but after speaking to my coach and my friend jas for awhile, it’s important for me to be selfish in this way in order to get the training in, because if i don’t get the training in, i feel resentful, guilty, angry and sometimes it shakes my confidence. so i had to have a hard talk with sunshine about this. it was definitely tough. and i still feel bad. i want to be able to do it all with everyone. but i just can’t. and it’s only going to get harder with camp beginning soon.

i also managed to get a great amount of cooking for both meal prep and fueling in.

chocolate zucchini muffins (from oh she glows), oatmeal balls, thrive cereal (both pre and post workout – serious yumminess and nutrients in that cereal), cinnamon rolls (from feed zone portables) and my second batch of kombucha made! i’m pretty pumped about all the tasty fuel ahead.

but on to the most awesome, amazing part of my week.

oh not this…this was the ridiculousness that transpired after i got a flat. but i did CHANGE IT ALL BY MYSELF. i also got so dirty i looked like a chimney sweep (imagine bert in mary poppins ha.) 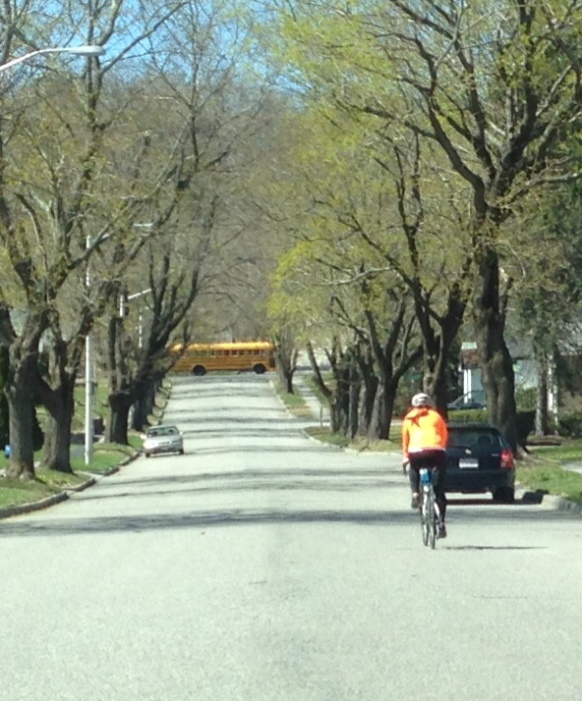 this. this is the beginning of my epic, amazing, moment of clarity, badass ride. i did 44 miles in 3:45, outside, with 25 mph wind gusts, uphill the ENTIRE first half, with the wind against me. i did it. and didn’t want to quit. and actually felt amazing. before i got “into” my ride, i was waiting at a stoplight and this guy turned his car and then stopped and rolled down the window and told me “i was pretty badass for riding with the wind like it was today” haha. i had no idea what i was getting into at that point. incredible feeling. the bike has always been and probably always will be the hardest thing for me. i have known since day one i’d be fine in the swim and be fine in the run…it was the bike i would need to “survive” if i could actually do this. and i think i may actually enjoy the bike. not just survive it.

so that’s where my moment of clarity came in. as i rode behind kate, trying to keep my cadence with hers, while trying to hold the bike from tipping over from the winds, as we went uphill – that i may actually thrive. and that was pretty magical.

trying to hold onto that magicalness as i spend today in race prep mode. tomorrow i’m doing the newport 10 miler. i have no lofty goals – just trying to run negative splits, keep my heart rate down, and get it done in under 2 hours. jas thinks my 2 hour time limit is a bit ridiculous, in terms of being slow, but i figure keep the expectations low and focus on what’s actually important and time is certainly not right now. i’m also focused on having a spectacular recovery afterwards – both physical recovery which i’m always really good at and mental recovery which i’m pretty awful at. attempting to stay fed and hydrated all week through delicious food planned and staying active which shouldn’t be too difficult knowing i have a 3:40 ride on thursday (ON A WEEKDAY! i know!!) and a 4:00 ride on sunday. my legs are gonna be toast. but i have to focus on that recovery/fueling for those.